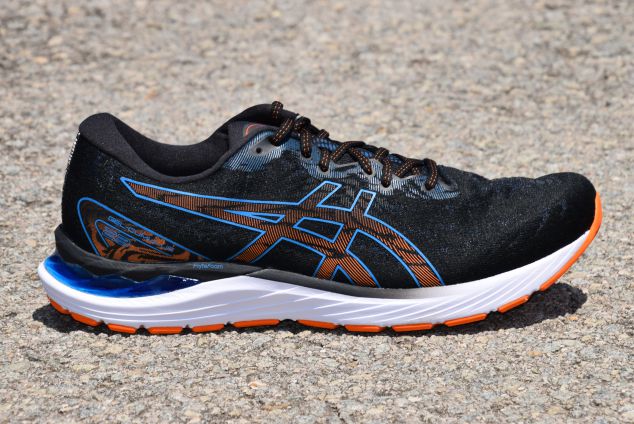 We analyze the characteristics of ASICS Gel Cumulus 23, one of the most important running shoes for daily training on the market in general, and of the Japanese brand in particular since it is one of its totems along with Gel Nimbus, or Gel Kayano.

The truth is that those of Kobe take two years to frame in terms of new and spectacular models, especially those dedicated to high competition, such as Metaracer, Metaspeed Sky or Metaspeed Edge. Also those that manage the tread to save effort, like the entire “Ride” saga: MetaRide, GlideRide or EvoRide … 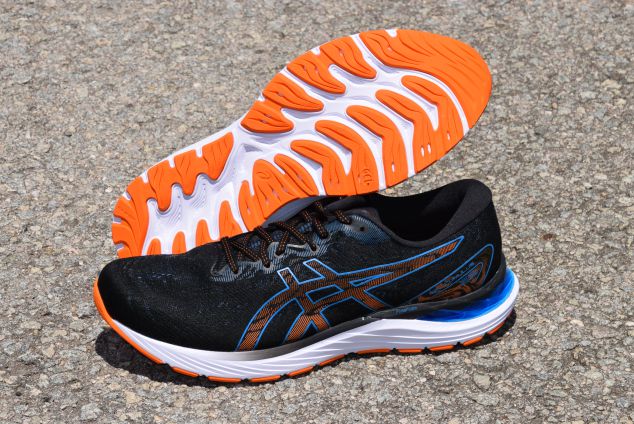 But (there is always a but …), there is a segment where the real queens of the party are and those are the daily training shoes, with the models for neutral tread such as Gel Nimbus or Gel Cumulus itself that we are now dealing with. Or for overpronating tread such as Gel Kayano. Is there someone who has been running for some years and does not know (at least) any of them? Is that if the three have been part of the best training shoes of practically all specialized media for more than twenty years, it must be for something …

And that something has it ASICS Gel Cumulus, a daily training shoe for a comfortable, comfortable, cushioned, versatile neutral tread, with high-end materials and with few buts to put on it. At least it has been like that until now … Let’s see if it maintains the level in this twenty-third edition. 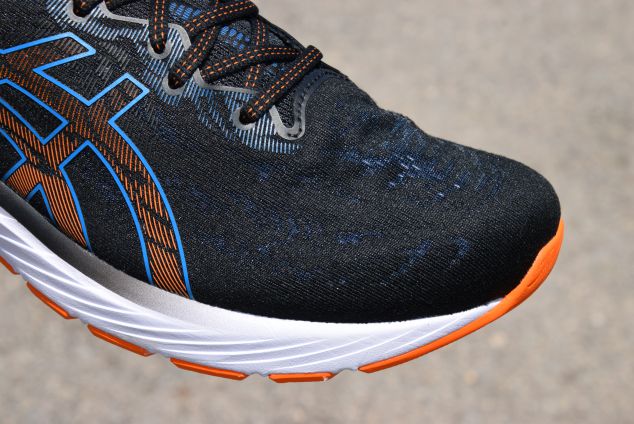 The ASICS Gel Cumulus 23 midsole is made primarily of FlyteFoam material. This is not new, but the way it is built, the interior engineering based on pillars and called by the Japanese brand ASICS 3D Space Construction.

Starting with the material, it must be said that FlyteFoam is well contrasted since it was presented by ASICS six seasons ago and since then it has only grown in both new and existing models. FlyteFoam is a compound formed by a type of thermoplastic polyester (PET) and Kevlar® Polymer. What ASICS does is use organic fibers nested in the foam to connect all the material together, achieving very high durability while the weight is 55% lighter than a standard foam. 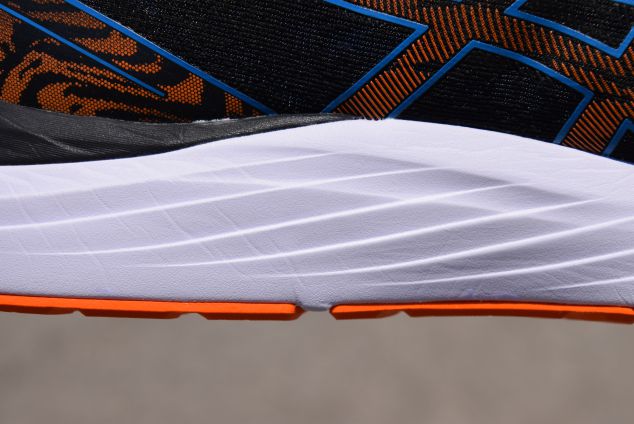 ASICS 3D Space Construction is the new technology provided by ASICS Gel Cumulus 23. These are geometric shapes inserted inside mainly in the heel area (although there may also be in the forefoot). They are responsible for helping cushioning, making it more stable (being as it is, a shoe for neutral tread). Flexibility is another feature that benefits from the inclusion of ASICS 3D Space Construction.

In addition, these forms or pillars are distributed in different amounts and areas, according to sex since, to be more efficient in its task, ASICS has the different type of support between men and women.

If we remove the insole and tear off the footbed (the piece of foam that separates the insole from what is the material of the midsole itself), we would see those shapes that are very close to the sole of the foot and that should help you in cushioning, let it be balanced. 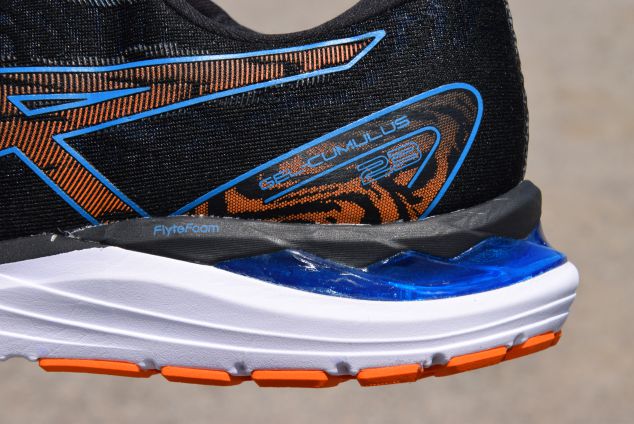 The element that is not missing is the GEL, the quintessential cushioning system of the Japanese brand. And since Gel Cumulus 23 is a high-end shoe, there is not one, but two zones with GEL, one in the back, in the heel and another in front, under the metatarsals. These GEL capsules are responsible for absorbing the impact produced in the tread, dissipating the vertical force and dispersing it to a horizontal plane. All this also does it quite smoothly.

The drop, the difference in height between the rear area and the front area of ​​the midsole, is 10mm. 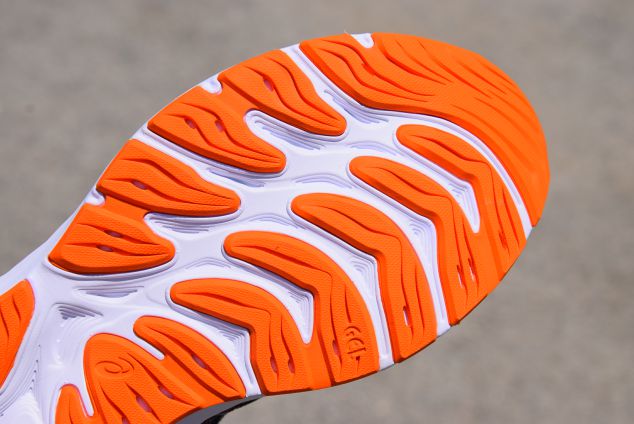 The ASICS Gel Cumulus 23 outsole uses two different varieties of solid rubber, depending on the area and depending on whether more durability or more grip is needed.

This means that, in the part of the heel, where wear is normally higher in a running shoe, the material used is AHAR + the most resistant to abrasion and the most durable of the Japanese brand. On the other hand, at the front, and more specifically under the metatarsals, the rubber is ASICS Lite. 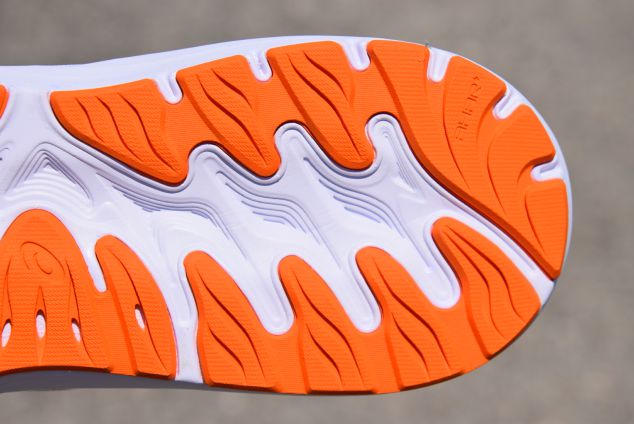 This second type of rubber is softer which makes it much more adherent, especially on hard surfaces such as asphalt. Its durability is somewhat less than AHAR + but in return, on hard terrain such as asphalt, its high grip helps to obtain the best traction when running.

At the design level, the first thing that stands out with respect to the previous Cumulus 22 is that the distribution of the sole appears to be very different … Peeeero This is not the case, if you analyze it well, you see that the sole has the same pattern that gave such a good result in the previous version. What ASICS has done is to change the forms, relatively rectilinear and that hinted at geometric shapes in Cumulus 22, in others now much more rounded and stylized. Thus, we see that there are the same five islands of studs on the inside face of the goals, four on the outside and the widest area is also that of the toe. Under the bridge and the heel is the same case. What has been less marked is, on the one hand, the area that we could call Crashpad, or that of the first impact against the ground, when running and that is the external area of ​​the heel: now that area is less marked. And on the other hand there is Guidance Line, the longitudinal line from the heel to the toe that has to guide the footprint … It is there, and it performs its function, but now it is much less rectilinear, less marked. 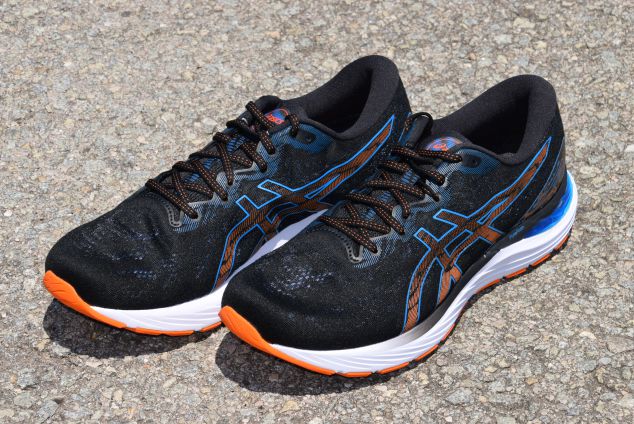 ASICS Gel Cumulus 23’s top cut already uses recycled material to reduce the carbon footprint. It is an engineered mesh that, as you might expect, has more open areas to facilitate breathability and tighter areas where support is more important than ventilation (on both sides). 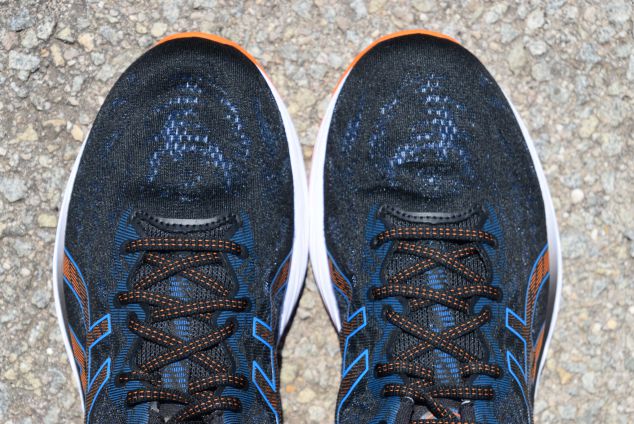 In general it is a fairly dense mesh. You do not see large holes since they are all in the inner lining and it is the pattern of the outer mesh itself that allows air to pass through. It is important to highlight this point of the inner lining: it is all completely made with holes, since sometimes a spectacular, very open outer mesh ends up penalizing because of the inner lining. This is not the case in Cumulus 23, just open the codons and look inside to see hundreds of ventilation holes. 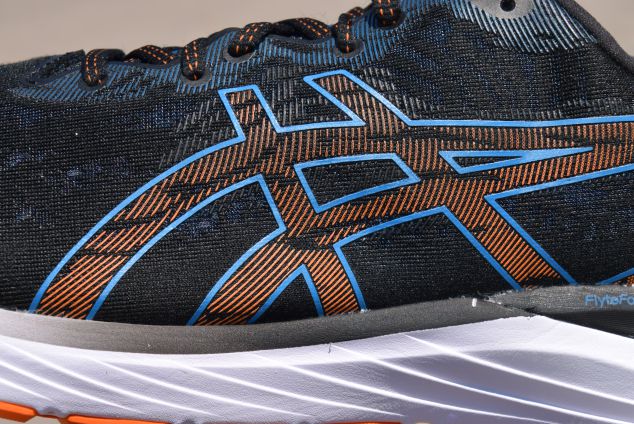 The upper surprises for being quite soft to the touch on the outside, and logically it is softer on the inside, which is where it is in contact with the foot.

The mid zone uses PU inserts that form the ASICS logo to reinforce both sides of the foot. Thus, when the laces are tied, they pull on the inside and outside of the mesh that closes tightly on the foot. 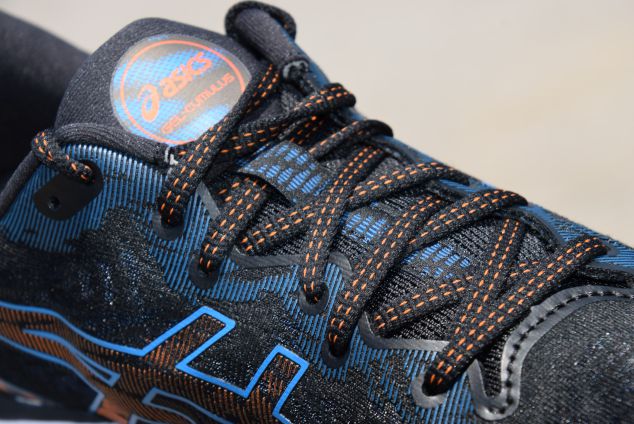 The laces are flat and go through six non-aligned eyelets and leaving a seventh free next to the ankle for those who want to tighten more here. They are passed through a strip that holds the tongue so that it does not move. It is quite thick and padded, the tongue, looking for a lot of comfort in the fit. 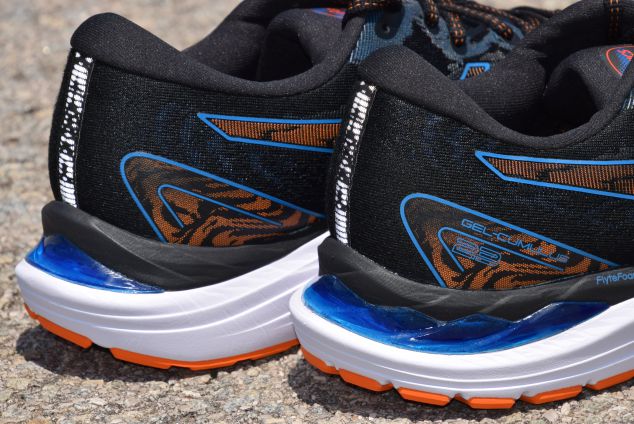 Continuing backwards we reach the ankle area. A rigid and invisible buttress embraces it. Its function is to stabilize the ankle in a difficult moment such as impacting the ground with each stride. In addition, this area is crowned with reflective material to facilitate the visibility of the runner or runner while using them in low light conditions.

ASICS Gel Cumulus 23 is a high-end daily training shoe indicated for runners and runners with a neutral footprint or template. It is valid for any type of runner or broker, but it is especially suitable for medium weights. For those who are very heavy, perhaps it would already be a question of evaluating using ASICS Gel Nimbus.

Cumulus 23 can be used in training of all kinds, although it will get better performance in shoots and long runs. Also, if you want, it can be used in competition, although if the rhythms are faster than 4’20 ″ 4’10, perhaps consider using shoes with a more agile profile.

The ASICS Gel Cumulus 23 midsole is built with the cushioned FlyteFoam material and this time it houses a series of pillars to improve not only cushioning, but also flexibility. This is ASICS 3D Space Construction’s proprietary technology. Otherwise, it continues to rely on GEL technology as a cushioning system, while in contact with the ground, the sole incorporates ASICS Lite rubber for grip and high durability. And in the upper, the mesh is breathable and more open in different areas, but more closed and firm in the areas where it has to hold the foot well.

However, the weight for the male finish is 280gr, while for the female it is 230gr. The drop of this shoe, which is always among the best ASICS, in both cases is 10mm. 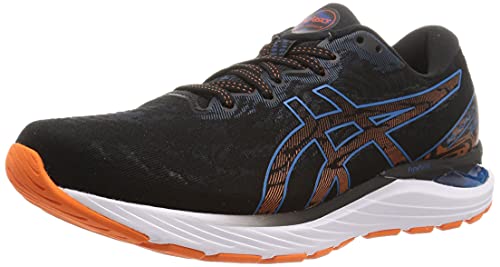 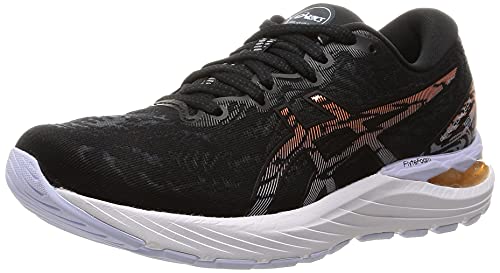