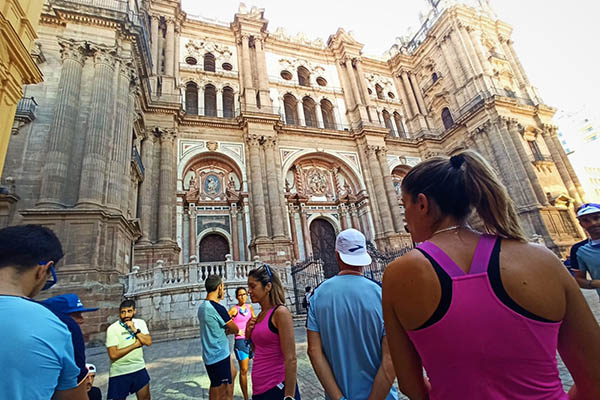 It is a rule that the events of Brooks and his “Run Happy” do not disappoint, and this Brooks Alter Ego Event which we have attended in Malaga has been no exception.

You never really know what awaits you when the boys in blue summon you, so while I’m packing I say to myself you get on the plane and the sun will rise through Antequera. After a few brief but early hours I find myself in a hotel not far from the sea and, with a sea of ​​balloons and a blue carpet that welcome the very important people that we are.

Brooks Levitate 5 It is the shoe that we are ready to taste. Although the true protagonists will be,

In my case, a mammoth muffin preceded the morning training session with the first comers. Sunbeams and sea breeze on the mask kill the time necessary for all the unsuspecting summoned to reach the hotel.

Rigorous food and to the movies. Yes, to the cinema, where we are supplied with popcorn from Goliath’s older brother to introduce us to the new way of managing some Brooks models, and we see a projection on how fascinating and useful our alter egos can be. But let’s talk about sneakers … 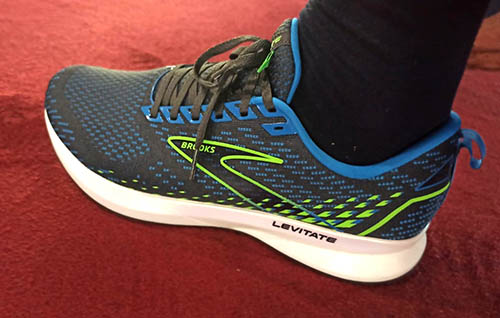 Some models are eliminated and others are enriched, offering different finishes and characteristics. Brooks, a brand dedicated exclusively to running for those who do not know it, already offers different lasts in some of its models and, with this maneuver, they allow us to further optimize the shoe to our characteristics and demands.

Let’s start from the base of the key technologies in this model, which are the DNA AMP of its midsole, the 3D Fit Print and the Stealth Fit in the upper. Adding up your stabilization system Guide Rails and depending on how they are combined, we will find Brooks Levitate 5 in 4 versions:

Cinema seats were marked with each one’s name, and mine (like everyone’s) was attached to a large box with Todd Herman’s Alter Ego, a T-shirt with your alter ego (based on previous survey), and , above all, a neutral neutral Levitate 5 universal fit that we would debut in a good way that same afternoon in a memorable gymkhana. Here’s a sample that I comfortably pose on the right. 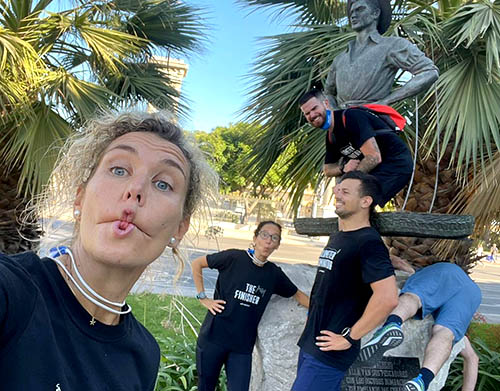 Already with the ripped front of the momentum and 6 kilometers under the sun, the award was given to the winners (among whom I cannot be counted) consisting of the classic but imperishable Fresquito. I don’t know another thing, but these people don’t lack a joke.

Be that as it may, some hour later we were showered and sitting at the tables of a restaurant on the sand of the sea. And you will imagine that after such a day, food and sangria entered my body like the Sun on a spring morning.

The next day the event closed with a running tour through the best corners of Malaga, surrounded by the madness of the Run Happy Team. And if it bothers you that I do not relate what happened from dinner on Saturday until I got up at 8:45 on Sunday after having slept for three hours, you have been invited!