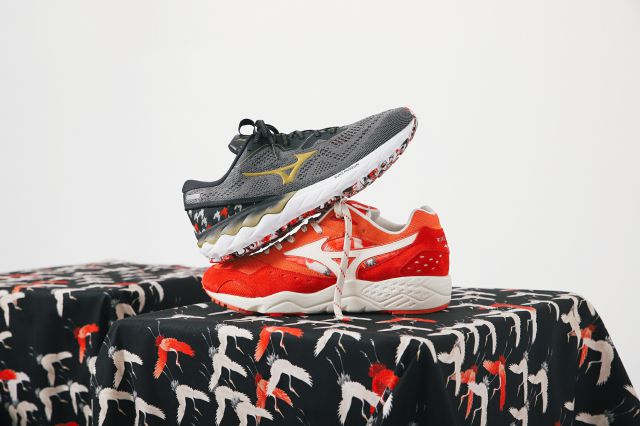 The long-awaited collaboration between the Japanese brand Mizuno and the Rijksmuseum in Amsterdam creates a new special edition of a high-performance running model as the official shoe of the TCS Amsterdam Marathon: Mizuno X Rijksmuseum Wave Skyrise 2.

They have done it again. If in other years we have seen true works of art, which you would even prefer to keep rather than almost use them, once again a beautiful design celebrates the connection between a Japanese brand and the Amsterdam marathon of 2021.

The Rijksmuseum has a long tradition with Japan, this collaboration being the inspiration for its Asian pavilion, which houses different and extensive collections, such as sculptures, Buddhas and kimonos.

And Mizuno is, in turn, the official sponsor of the marathon of this important city in the Netherlands. In fact it has been in the last 21 editions, something really exceptional. It is from the collaboration with agents linked to the arts and the city of Amsterdam that these artistic wonders emerge, both for running and for lifestyle, as we have seen in other editions. The theme for these creations has revolved around “the art of running.”

For the second time, the collaboration between Mizuno and the Rijksmuesum takes place with the same idea that an artistic piece in the form of sneakers and that reflects Japanese art and tradition to serve as inspiration throughout the entire course of the marathon of this city. 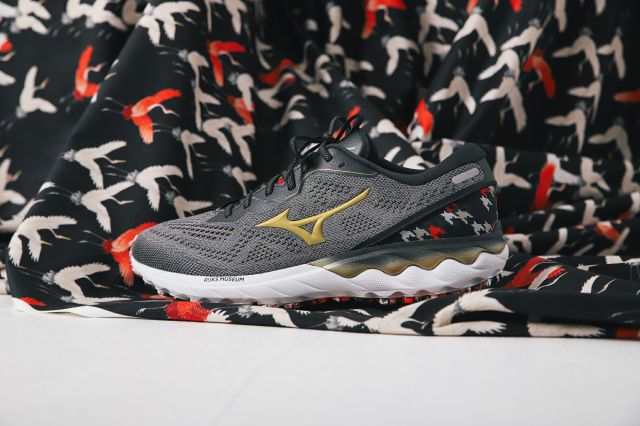 The idea that Mizuno and the Rijksmuseum have worked on has been to bring happiness and positivity in a year of uncertainty and challenges for everyone. The extensive collection of kimonos on display in the museum has served as inspiration for the Japanese brand. These are dresses that wrap the entire body and are a symbol of longevity and good fortune, being traditional clothing in Japan since the late 18th century and used by both men, women and children, although today they are only used occasionally. specials.

Going into detail, the kimonos that inspired Mizuno to design the Mizuno x Rijksmuseum Wave Skyrise 2 sneaker feature patterns of cranes since it is a bird that throughout Asia is a symbol of happiness and eternal youth. Even in Japan it is considered one of the sacred and mystical creatures. The crane symbolizes good fortune and longevity since, according to tradition, they live for a thousand years.

The Wave Skyrise 2 heel design includes a pattern called “Chidori,” which means “a thousand birds.” The drawing represents both the crane and a traditional kimono pattern. Combined, these two meanings represent the “Senba-Tsuru” or “Thousand Cranes”, a traditional act where a thousand cranes are folded into origami paper and brought together to make a wish come true. 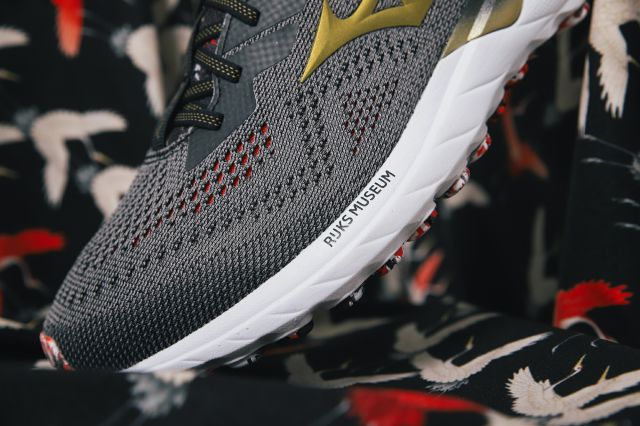 Mizuno Wave Skyrise 2 is the result of the commitment of this Japanese brand to offer runners the maximum comfort, thanks to a soft cushioning, but also with an excellent energy return. Thanks to combining the best technologies, such as the Mizuno Enerzy with the Mizuno Wave, the result is a shoe designed to provide an effortless running sensation.

The new upper cut, which introduces a soft-touch and breathable mesh, also presents a reinforcement in the mid-rear area of ​​the foot, with a very flexible material that helps to keep the foot in place when running. 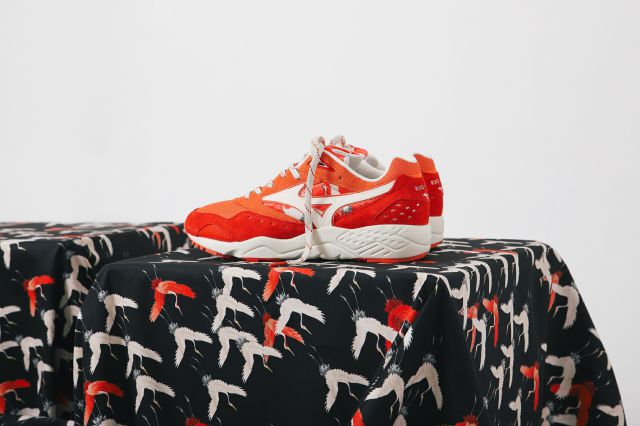 The collaboration between Mizuno and the Rijksmuseum has also included a special edition of the Contender, one of the latest lifestyle models to be updated from the Mizuno archives. It comes directly from the 1995 catalog as it was an extraordinarily light neutral running shoe for runners starting out in running. Its design created a common thread between the Sky Medal and Mondo Control shoes that still exists today.

Here the protagonist is the Japanese crane, which occupies a central place in this version of the Contender. Its silhouette on a red background is exactly the same as the original one on display in the museum. Here the crane pattern is interspersed on the upper and tongue, creating a game of overlaps between the red mesh and the suede.