According to some experts, just a few tablespoons of apple cider vinegar a day promotes safe weight loss by reducing appetite, speeding up fat burning, and slowing down fat storage. From this article, you will learn about the benefits and dangers of this product, the results of using apple cider vinegar for weight loss, and what science says about its effect on the body. 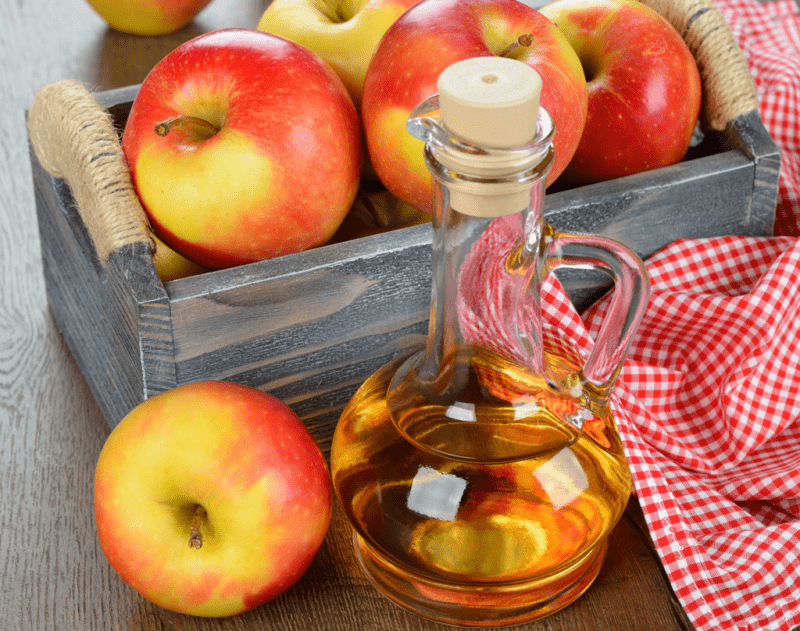 The results of using apple cider vinegar for weight loss

According to some experts, just a few tablespoons of apple cider vinegar a day promotes safe weight loss by reducing appetite, speeding up fat burning, and slowing down fat storage. From this article, you will learn about the benefits and dangers of this product, the results of using apple cider vinegar for weight loss, and what science says about its effect on the body.

What is Apple Cider Vinegar

To make vinegar, apples are mixed with water and sugar and left to ferment for several weeks. After that, the liquid is filtered, pasteurized and bottled. As a result of apple fermentation, various acids are formed, which give vinegar its taste.

There is a theory that apple cider vinegar is a magic tonic that can promote health and improve body composition and help you lose weight. Its purported weight loss benefits are to directly burn body fat, reduce appetite, normalize blood sugar levels, and increase insulin sensitivity. Let’s take a look at how true these claims are and how to take vinegar to achieve the desired effect.

There is no scientific evidence that apple cider vinegar can burn fat.

One of the scientific studies showed that in rats kept on a high-fat diet, the inclusion of vinegar in the diet helps control weight gain. But rats are not miniature copies of humans, and such results have not been demonstrated in humans. It is also worth noting that the rats were given an amount of vinegar equivalent to 2.5 cups per day. This is about 20 times more than most people take for health purposes.

Research shows that apple cider vinegar can actually give you a feeling of fullness and thus discourage overeating. But if you delve into the details, the result is not so impressive.

First, in many cases, a decrease in appetite is achieved due to the fact that vinegar causes nausea. Secondly, this effect is too insignificant to be of practical use.

It is for this reason that the results of scientific work, which was carried out on 175 obese people, showed that consuming two tablespoons of apple cider vinegar per day resulted in an average weight loss of 2 kg over 12 weeks. If the same people adjusted their diet and walked 1-2 hours a day, during this time they could lose at least 7 kg.

Read also: 3 reasons why you feel hungry all the time

When you consume carbohydrates, your blood glucose levels rise. Insulin is released into the bloodstream, which helps move sugar molecules to the muscles and liver for later use. Healthy eating gurus love to blame this natural (and vital) physiological process for all ills, including weight gain and illness.

Scientists claim that concurrent use of apple cider vinegar reduces the effect of carbohydrates on blood sugar levels. This has led to the theory that vinegar improves body composition. In fact, everything happens a little differently.

First, this effect only lasts for a few hours, after which the sugar level rises to levels that are typical for high-carb foods. In other words, the peak in blood sugar is not reduced, but delayed. This effect is achieved due to the fact that food lingers longer in the stomach. The same thing happens when you consume carbohydrates at the same time as fiber, fat, or protein.

Secondly, even if vinegar did have a significant effect on blood sugar levels, it would not help to lose weight, since this effect does not affect appetite. energy expenditure or rate of fat burning.

Research shows that apple cider vinegar increases insulin sensitivity in people with prediabetes and diabetes. In healthy people, this effect is absent.

Does it help you lose weight faster? Unfortunately no.

Insulin sensitivity determines the response of body cells (primarily muscle cells) to this hormone. The more sensitive your cells are to insulin, the better they absorb and utilize glucose (blood sugar). Conversely, the more insulin resistant they are, the longer the glucose remains in the blood. This leads to fat accumulation and other health problems.

So even though vinegar improves your body’s insulin sensitivity, it won’t help you lose weight.