Read on to find out what stevia is, what the benefits of this sweetener are, what its properties and uses, and how it can harm the body. 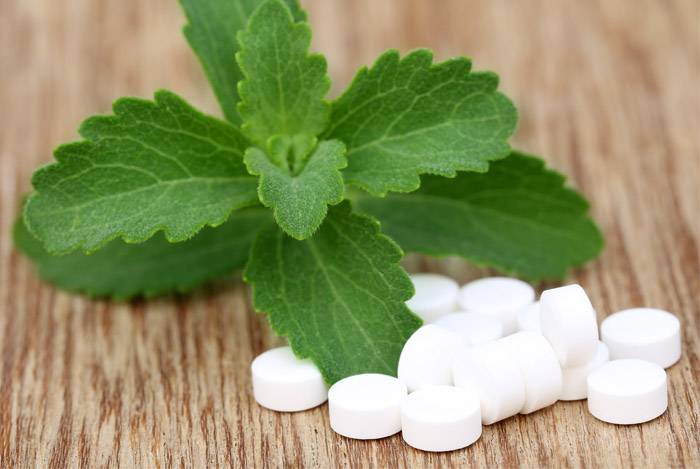 What is stevia: properties, uses, benefits and harms

If you still do not know what stevia is, what are the beneficial properties of this popular sweetener, then this article is for you. We tried to figure out what benefits and possible harm to the body can bring the use of stevia.

More and more people are trying to eliminate sugar from the diet, and the popularity of sugar substitutes is growing from year to year. These substances are superior in sweetness to sucrose, but contain much fewer calories. These include synthetic sweeteners such as aspartame, acesulfame potassium and saccharin, as well as natural substances such as stevia, xylitol, and erythritol. We will tell you about one of the best sweeteners on the market today – stevia.

According to the latest research, sweets can account for up to 14% of the daily calorie intake of an ordinary person. This means that with a caloric content of 2100 kcal, we will get about 300 kcal from sugar, that is, 74 grams of sugar per day.

What are the risks of sugar consumption?

Most foods and drinks that are high in sugar do not provide the same satiety as a complete meal. This leads to overeating and weight gain.

We must receive with food macro- and micronutrients in the amount necessary for the normal functioning and health of our body. By consuming a lot of sugar, you are replacing higher nutritional value foods with empty calories. For this reason, sweet lovers are more prone to deficiency. vitamins and minerals.

Overweight and lack of nutrients are the shortest path to poor health. Scientists have established links between high sugar intake and metabolic disorders such as obesity, diabetes and even cancer. 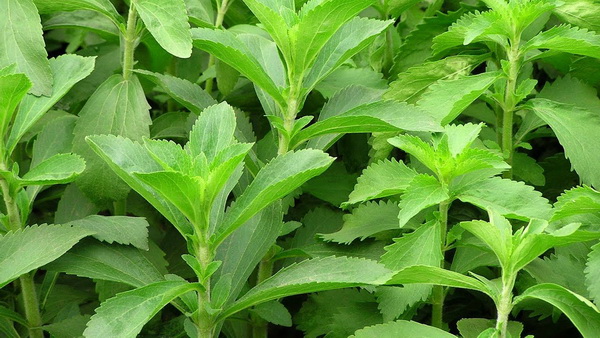 Stevia is a natural sweetener that is obtained from the leaves of the plant. Stevia rebaudiana… The indigenous people of South America have been using these leaves for centuries, but this sweetener has gained worldwide popularity only recently.

Many people choose stevia over other natural sweeteners because it has zero calories and does not affect blood sugar levels. Plus, it’s great for baking and cooking.

Stevia extract is produced commercially by many well-known companies. As part of sweeteners, it is listed under the name steviol glycoside (stevioside). It is this compound that gives the leaves a sweet taste, as it is much sweeter than sucrose. Stevia requires much less sugar than sugar to make food and drinks taste sweet. For example, when baking, you can use ½ teaspoon of stevia powder or 1 teaspoon of liquid extract instead of 1 cup of sugar.

Despite its extreme sweetness, stevia has zero calories.

Strictly speaking, stevia contains calories, since glycosides belong to the class of sugars, but the human body is not able to assimilate them.

Unlike table sugar, which is broken down into glucose and fructose and absorbed into the bloodstream, steviol glycoside passes unchanged through the stomach and the entire small intestine.

It breaks down only when it enters the large intestine. But even there, stevia sugars are not absorbed, but are completely utilized by the intestinal microflora. 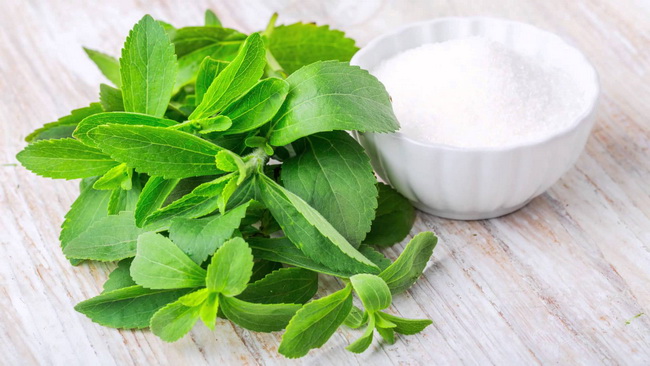 If you start looking for information about the negative sides of stevia, you will inevitably come across claims that it contributes to the development of infertility and cancer. But, despite the sensational statements of food bloggers and some medical charlatans, there is no particular cause for concern.

A large number of scientific papers show that steviol glycoside is completely safe when consumed in moderation. According to some scientists, stevia may even have a positive effect on health by lowering blood pressure and sugar levels.

The data on the effect on infertility is based on research, which showed that high doses of stevia reduced fertility in rats. Sounds bad, but there are a few clarifications:

Another reason for panic is the claim that stevia damages DNA, thereby increasing the risk of cancer. This reason has more reason, and previously, stevia was banned in the United States due to suspicions of carcinogenic effects on the body. It was in the 1980s, and since then there have been many studies on the effect of stevioside on the development of cancer. As a result, in 2008, Stevia was rehabilitated and the ban was lifted. Many scientific papers refute …